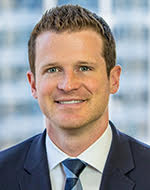 Mr. Reese received his Juris Doctorate from the University of San Diego School of Law (2010), where he was a member of the Phi Delta Phi International Legal Honor Society.   He earned a B.S. in Finance from San Diego State University (2007).  Mr. Reese is admitted to the State Bar of California and the U.S. District Courts for the Southern and Eastern Districts of California.