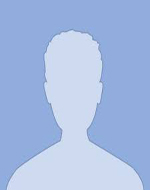 Mark Bailus is an associate in LGC’s Las Vegas office, where his practice focuses on various civil litigation matters, including personal injury, premises liability, and products liability, as well as representing clients at the appellate level.  Born and raised in Las Vegas, Nevada, Mr. Bailus earned his J.D. from Pepperdine University School of Law in 1979 and his B.A. from the University of Nevada, Las Vegas in 1976.  He has been rated “AV Preeminent” by Martindale-Hubbell, the highest rating possible for both legal ability and ethical standards.  He was a panel member for the Southern Nevada Disciplinary Board for the State Bar of Nevada.  Mr. Bailus has also served as a District Court Judge for the Eighth Judicial District Court in Las Vegas where he had an opportunity to handle both civil and criminal matters and trials.  He has been accepted as a Master of the Bench by the Howard D. McKibben Chapter of the American Inns of Court.