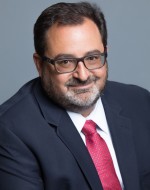 Mr. Ballou grew up in Ohio where he obtained his Bachelor’s degree with Honors in the Liberal Arts in Political Science with a minor in International Studies from The Ohio State University.  During that time, Mr. Ballou also participated in a pre-law program at the University of Oxford in Oxford, England.

Mr. Ballou later received his Juris Doctor degree cum laude from Capital University Law School, where he also served as an Associate Editor of the Capital University Law Review and was honored by membership in the Order of the Curia.  During law school, Mr. Ballou served a judicial externship with Herbert R. Brown, Associate Justice of the Supreme Court of Ohio; worked as a clerk for a personal injury law firm specializing in FELA claims; and served as a judicial clerk for Judges Henry E. Shaw, Jr. and Everett H. Krueger on the Delaware County Court of Common Pleas, Ohio.  After law school, Mr. Ballou served as a Judicial Clerk for Judge William H. Harsha on the Fourth District Court of Appeals, Ohio.

Mr. Ballou moved to Las Vegas in 1999 where he first worked as an Associate with Helm & Associates practicing in insurance defense litigation.  Mr. Ballou later served as the Practice Group Leader for Travelers’ staff counsel office at Cisneros & Associates before working for over 10 years as a trial attorney for Zurich’s staff counsel office at Cisneros & Associates.  Mr. Ballou now proudly works as an Associate in the Nevada office of LGC where he continues to practice in the areas of civil litigation, insurance defense and, primarily, construction defect litigation.